where to buy
how it works

Is Snow Melt Enough Water for Your Lawn During the Winter?

Since there might be a lot of snow during some winters, some people could believe that simply allowing the snow to melt will provide enough water for the lawn to survive and thrive in its dormant state. The problem is that this isn’t always the case, and in dry areas, the result could be that the lawn would become brown as a result of trying to save as much water as possible, or even that some of the grass could die out entirely. 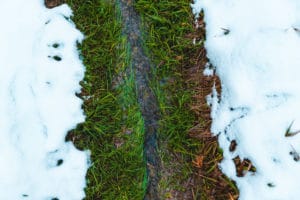 In most cases, snow melt isn’t enough because, aside from being quite unpredictable (as some winters are pretty dry and cold), you don’t really know how much of the snow will turn into water and how much will even make it through the hardened soil to your lawn.

As a result, it’s typically best to add water to your lawn at least in small amounts. Since the grass will be largely dormant, you don’t have to overdo it, and you certainly shouldn’t irrigate as much as you would in the summer. However, watering your lawn by an inch or so once every 1-2 weeks should be enough to keep it alive and thriving, especially if you’ve also used some winter fertilizer previously, to feed your lawn the right amount of nutrients during its period of dormancy.  For added benefits for your lawn be sure to apply products from https://www.revive.com/.

where to buy
how it works